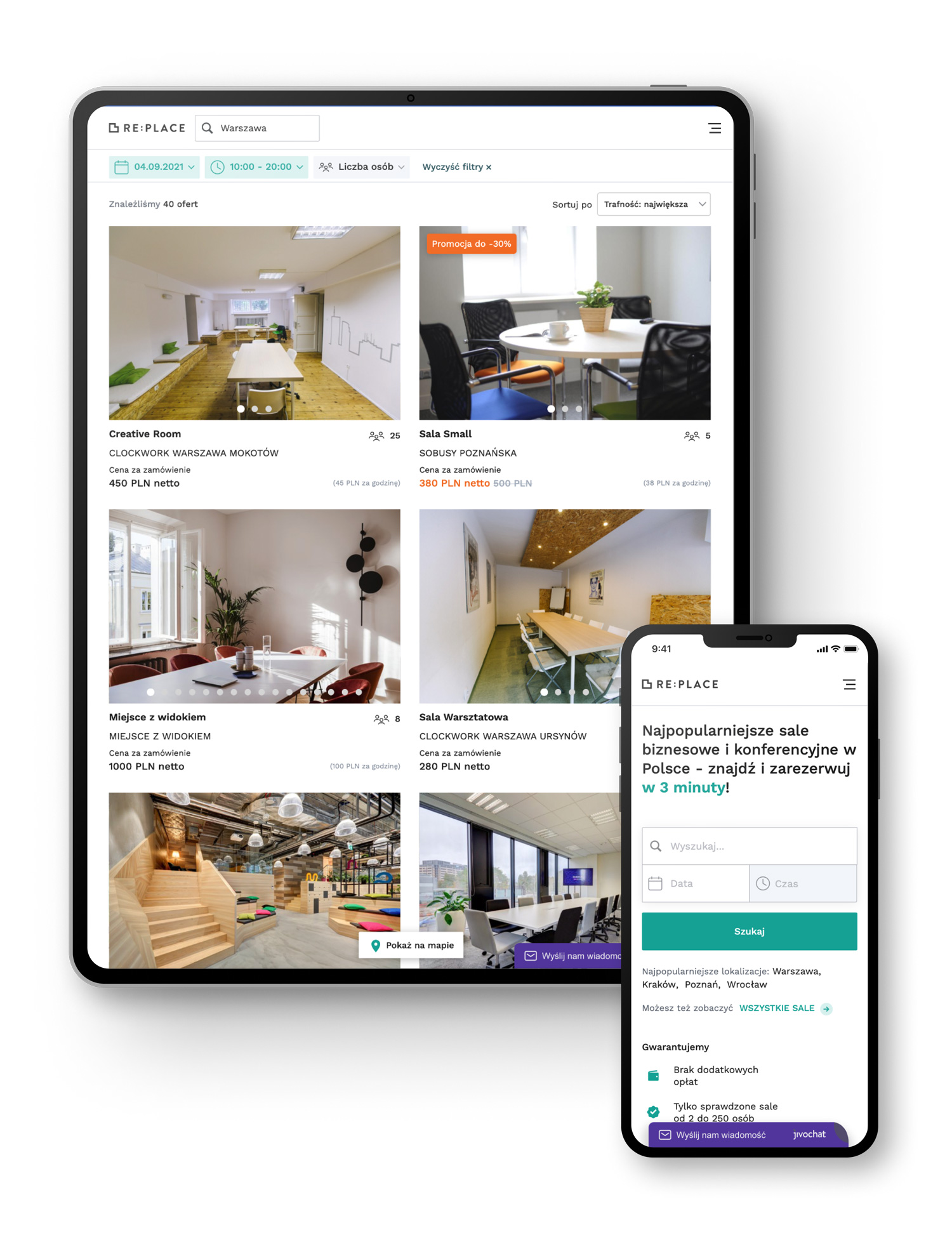 In collaboration with a large hotel group, we designed a venue marketplace. This experimental venture was dedicated to event organisers and venue owners, to rent venues, manage their budgets, and communicate more efficiently.

I worked within an interdisciplinary team of experts, to create a complete, scalable and implementable product.

This complex project started before I joined the team. In the first phase, my team scoped the market, came up with risky assumptions, and madea skeleton for the project.

I was responsible for preparing and conducting in-depth interviews with potential users and early adopters of the project. During this process I gathered insights and formulated findings to share with the team. I prepared affinity maps and customer journeys, to help tell a story about user’s needs and problems. We discussed them with the team and corrected them, until we were happy with the result.

Next we moved on to thinking about our product’s features. Addressing user’s needs, we began sketching the key functionalities in a group exercise. Detail was added in the form of wireframes and low-fidelity mockups, which was then made into prototypes we could test. After verifying and adjusting the prototypes, I created high-fidelity mockups and prototypes. Using them, we did another round of interviews and tests with the potential users of the marketplace.

My additional responsibility was branding. During a one-day workshop we defined the brand’s positioning and personality, discussed the visual direction of the brand’s identity, and came up with a name for the marketplace.

I summarised this as a set of recommendations in a brief for a Graphic Designer.

Final version of the project can be viewed here, and the website itself here.﻿﻿ 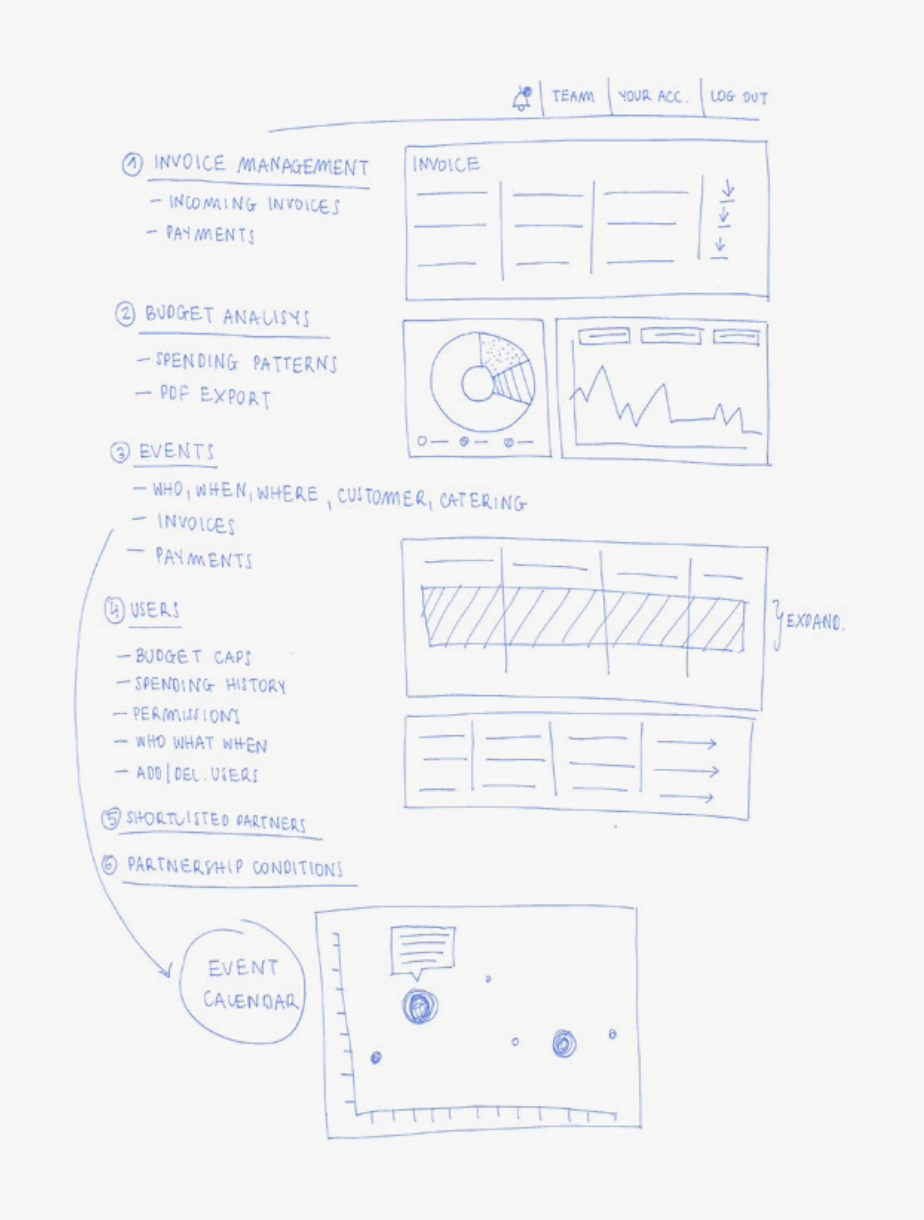 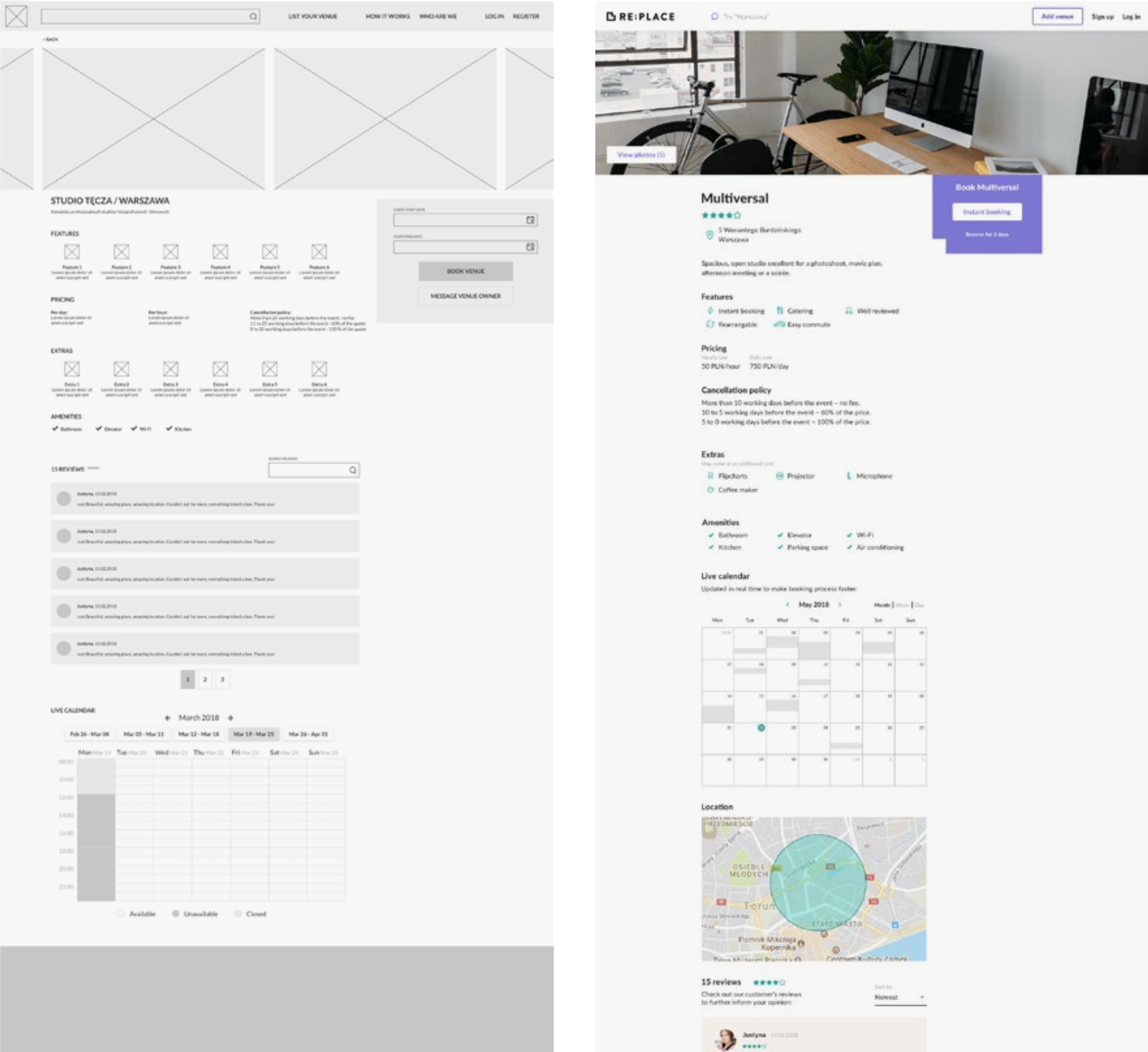 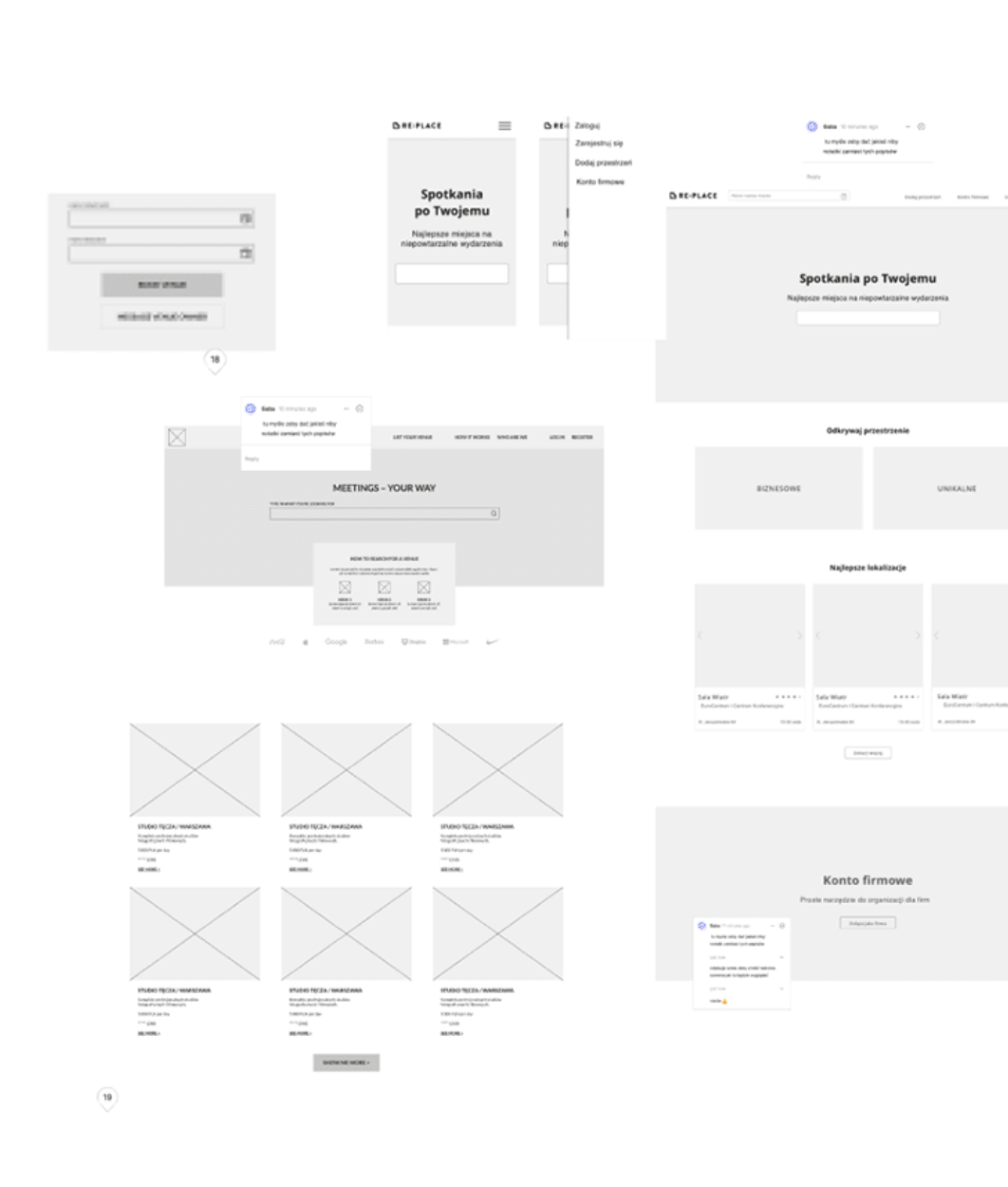